Without hesitation, the first question always asked is what is Scratchboard?
Scratchboard, also called scraperboard, is a form of black and white artwork commonly compared to Pen and Ink, Etching or Woodcut.

Scratchboard itself is an unforgiving medium that requires some extra thought before putting blade to paper. Quite simple, the official version of a scratchboard or scraperboard is a sheet of white Clayboard, covered with with surface of Black India Ink. The artist uses a scraper, or art blade (x-acto), or some form of sharp tool to remove some of the black ink, leaving the white clayboard underneath exposed. The thought process is that you are taking away the parts you don't want, similar to the thought process in sculpture, and will reveal or leave an image behind. The focus for the artist is typically on the negative space.
There is a strong emphasis on the play between light and shadow and this medium allows for dramatic, powerful and compelling expression. It's important to note that once you remove the ink, you can't really put it back, so a slow methodical approach is important.   Whenever we look at an image, what we see is typically defined more by the darker outlines and shapes before us. In Scratchboard, this is the part that is "left behind". The artist has worked on removing everything else.

I grew up in and around Halifax, Nova Scotia, and after eight years in Toronto, and then seventeen in Hamilton, Ontario, I have returned to my native home of Nova Scotia. My themes focus mostly on Landscapes, but have included Wildlife, Portraits, Still Life and Abstract. I love the strength and powerful expression that comes from the contrast. This style of art is best identified by the Italian word chiaroscuro which is described in Wikipedia as "... in art is the use of strong contrasts between light and dark, usually bold contrasts affecting the whole composition." Some famous artists exploring chiaroscuro include Da Vinci, Rembrandt, Escher, Raphael, and Caravaggio. This type of expression is strongly associated with the Renaissance period. 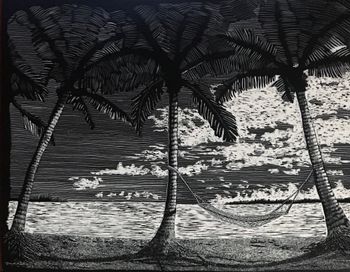 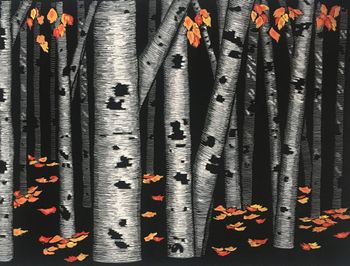 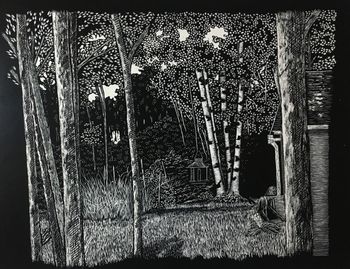 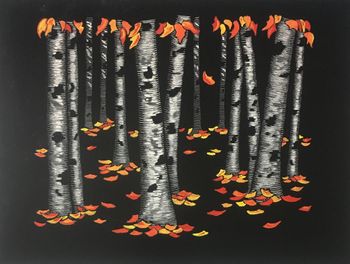 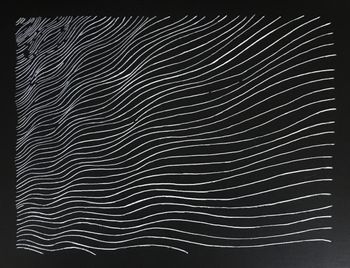 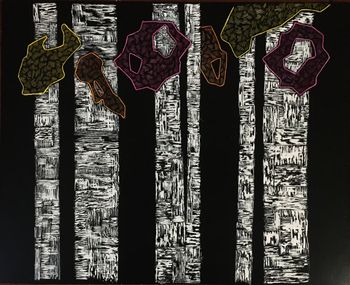 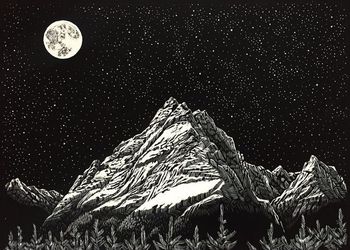 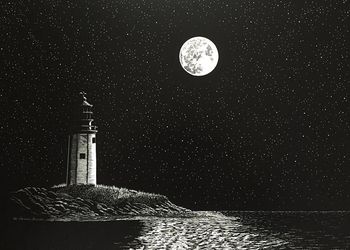 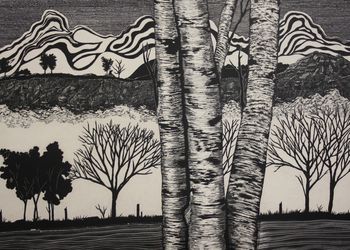 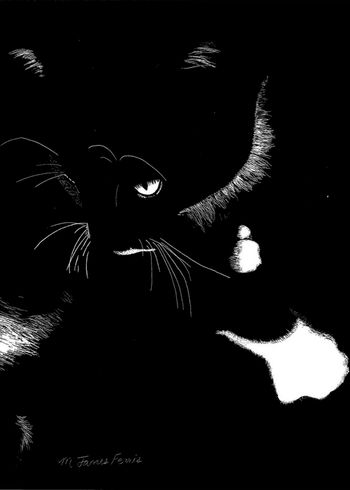 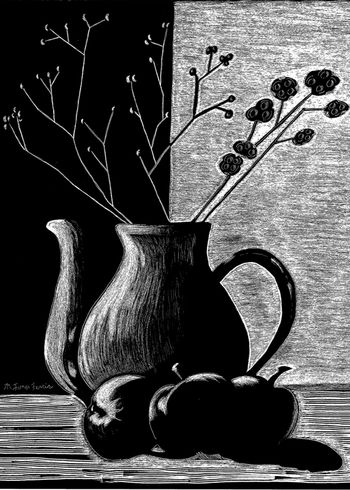 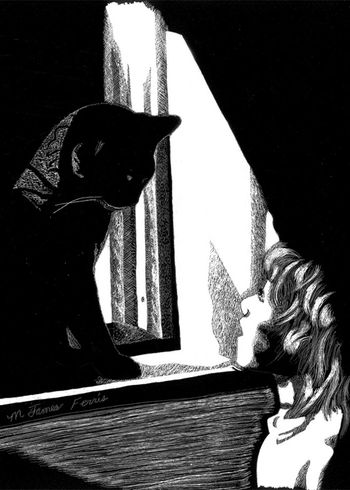 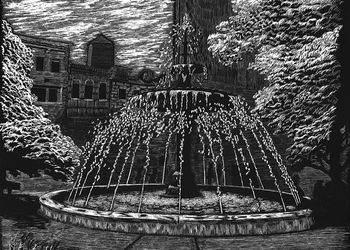 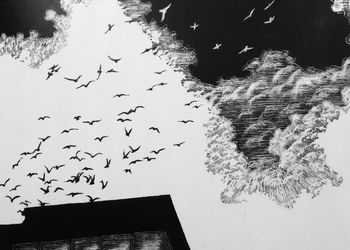 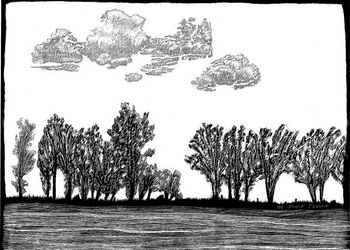 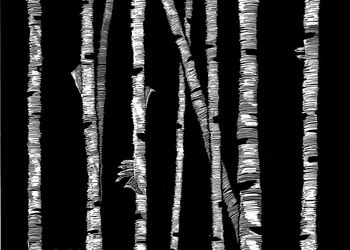 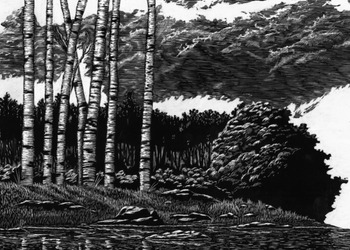 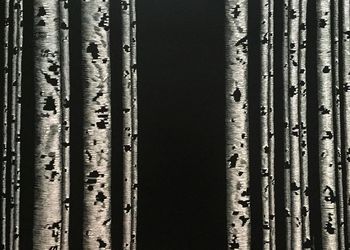 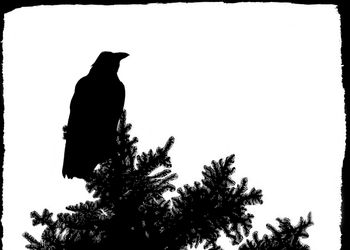 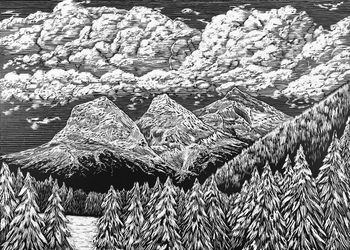 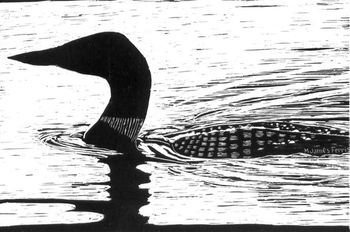